Are EMR Worth The Costs Of Implementation?

Electronic medical records (EMRs), as a cornerstone of a more intelligent, adaptive, and efficient health care system, have the potential to improve the overall health of our society and begin to rein in the trillions of dollars spent on health care each year. However, implementation and utilization of such record systems brings its own significant costs and challenges which must be carefully considered and overcome in order to fully realize the potential benefits.

Implementing an EMR system could cost a single physician approximately $163,765. As of May 2015, the Centers for Medicare and Medicaid Services (CMS) had paid more than $30 billion in financial incentives to more than 468,000 Medicare and Medicaid providers for implementing EMR systems. With a majority of Americans now having at least one if not multiple EMRs generated on their behalf, data breaches and security threats are becoming more common and are estimated by the American Action Forum (AAF) to have cost the health care industry as much as $50.6 billion since 2009.

INTRODUCTION
It may seem obvious that in 2015 most health care providers in the U.S. are tracking patient encounters through an EMR system. However, that was not the case a few years ago. While roughly three quarters of Americans had a computer in their home in 2009,[1] only 21.8 percent of office-based physicians and 12.2 percent of non-federal acute care hospitals were using a “basic” EMR system.[2] Seeking to speed along adoption throughout the rest of the industry in order to take advantage of the many benefits which could be made possible by system-wide utilization, the Health Information Technology for Economic and Clinical Health (HITECH) Act of 2009 (enacted as part of the American Recovery and Reinvestment Act) provided financial incentives for Medicare and Medicaid providers who become “meaningful users” of EMRs.

Some of the initial benefits of EMR use include better patient care coordination and disease management, fewer medical errors, increased productivity, and the reduced costs which could result if all of these objectives were achieved. The long-term benefits include more targeted public health initiatives; more effective preventive health measures; personalized, predictive medicine; significant reductions in national health expenditures as we are able to determine the most effective treatment options for the lowest cost; and ultimately a healthier society. However, none of these benefits will be achieved without providers, the federal government, and patients incurring significant upfront costs for both implementation and information security.

CONCLUSION
Widespread use of electronic medical records could bring beneficial change to the health care system in a variety of ways, largely because they are the foundational piece to many technologies and analyses that could change health care delivery. Having every patient’s data stored electronically, in a standardized form creating an easy transfer and comparison of data among providers, insurers, and researchers will allow the recognition of patterns that could provide smarter, more targeted personal, population, and public health measures. For example, the development of not just personalized medicine, but predictive medicine; reductions in medical errors; better disease management and treatment adherence; predicting and potentially preventing disease outbreaks; elimination of insurance fraud; identification of the most effective treatments for the fewest dollars; and identification of the best treatments that are worth the extra money.

All of these potential advances could greatly improve health outcomes and help bend the health care cost curve. Unfortunately, these advances come with significant costs, both financially and in terms of personal privacy. Going forward, policymakers should work to ensure limited resources are used in a more cost-effective manner. Changes to EMR policy have been part of recent legislative and executive action. Efforts to align various conflicting interests were included in the recently passed H.R. 2, Medicare Access and CHIP Reauthorization Act of 2015, for example. CMS recently announced that entrepreneurs and innovators will be given access to Medicare data for research purposes. The House-passed H.R. 6, the 21st Century Cures Act, encourages greater access to and use of health care data for research purposes. [22] As EMR adoption continues to increase along with the type of information gathered, policymakers should work with experts and the public to ensure that the appropriate balance is struck between sharing information to allow advancements and providing necessary privacy protections. 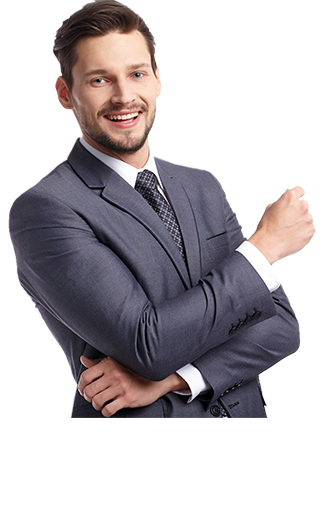 EMR Complete is designed specifically for Mental Health and Substance Abuse Clinics, Groups and Practices. Offering easy to navigate state approved forms to help complete your patients’ medical records, including Comprehensive Assessments, Progress Notes and other documents that you use daily.